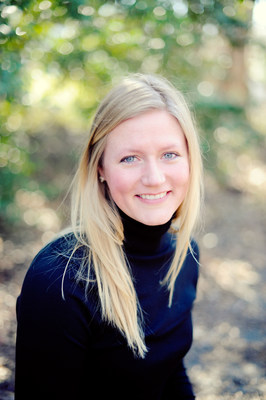 "Choice Hotels' growth in the upscale segment is a top priority for the company, and the continued success of Cambria Hotels and the Ascend Hotel Collection is key to strengthening our foothold in the ever-growing upscale segment," said Mark Shalala, vice president, franchise development, upscale brands, Choice Hotels. "Cambria and Ascend have allowed us to expand our upscale footprint to meet guest and developer demand. We now have nearly 20,000 upscale rooms open in the U.S. and over 47,000 globally.

"Sonia has played an important role in the Cambria brand's expansion throughout the Mid-Atlantic having forged relationships with some of the industry's top developers. She has demonstrated a tremendous work ethic and a deep understanding of real estate, feasibility, development, and finance – all of which are critical to executing the Cambria growth strategy and success in her new role," continued Shalala.

Egyhazy previously served as director of franchise sales for Cambria in the Mid-Atlantic since 2015. In her new role, Egyhazy will manage the Cambria development team, supporting their efforts to source projects and execute new franchise agreements, and drive growth in targeted markets for the brand in the U.S.

"Jeff and Jake bring nearly 40 years of combined experience in hospitality, real estate, development and sales, and we are thrilled to add their expertise to our development efforts in the Mid-Atlantic and Midwest regions to fuel growth for the brands," said Shalala.

As the new Cambria director of franchise sales in the Mid-Atlantic, Fischer will assume Egyhazy's development responsibilities. Fischer started his career in operations for the Hyatt Hotels Corporation and, most recently, held the position of vice president of real estate and business development at The Hotel Group. Johnson returns to Choice Hotels as director of franchise development for the Ascend Hotel Collection in the Midwest. In his previous stint with the company, he held a variety of roles in sales. Throughout his career, he has also been a managing director and consultant at GRANT Hospitality, director of hotel commercial management at American Express Global Business Travel, and the director of sales for Wyndham International.

About Cambria Hotels
The Cambria® Hotels brand is designed for the modern traveler, offering guests a distinct experience with simple, guilt-free indulgences allowing them to treat themselves while on the road. Properties feature compelling design inspired by the location, spacious and comfortable rooms, flexible meeting space, and local freshly prepared food and craft beer. Cambria Hotels is rapidly expanding in major U.S. cities, with hotels open in Chicago, New York City, Pittsburgh, Washington, D.C., and Los Angeles. There are more than 40 Cambria properties open across the United States, and over 100 hotels open or in the pipeline in the U.S. and Canada. To learn more, visit www.choicehotels.com/cambria.

About Choice Hotels
Choice Hotels International, Inc. (NYSE: CHH) is one of the largest and most successful lodging franchisors in the world. With more than 6,900 hotels, representing more than 560,000 rooms in over 40 countries and territories as of September 30, 2018, the Choice® family of hotel brands provide business and leisure travelers with a range of high-quality lodging options from limited service to full-service hotels in the upscale, midscale, extended-stay and economy segments. The award-winning Choice Privileges® loyalty program offers members benefits ranging from everyday rewards to exceptional experiences. For more information, visit www.choicehotels.com.

Addendum
This is not an offering. No offer or sale of a franchise will be made except by a Franchise Disclosure Document first filed and registered with applicable state authorities. A copy of the Franchise Disclosure Document can be obtained through contacting Choice Hotels International at 1 Choice Hotels Circle, Suite 400, Rockville, MD 20850, development@choicehotels.com.

Please update your browser to use choicehotels.com

We redesigned the new CH.com with the latest technology. This makes it way faster and easier for you to use.

Sadly, the browser you are currently using does not support our new technology. Please download one of the awesome browsers below and you'll be on your way.